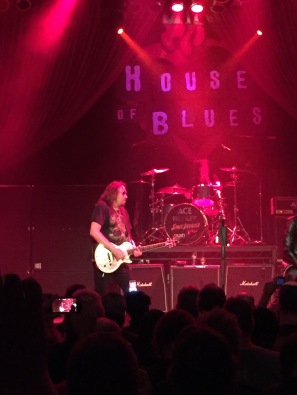 Since the dawn of civilization people have made pilgrimages to pay homage to their Gods and gather with the tribe. That is the feeling before, during and after an Ace Frehley concert. You’re back in the ‘New York Groove’ and in your rock & roll happy place (space) with Ace at the controls.

Such was the case a couple of weeks back when Ace made an earthly appearance at House of Blues here in Chicago. Night orbits with Ace over the years in the Chi have been bumpy rides at times (Avalon, Cubby Bear, China Club, Dome Room) but I am happy to report that Ace’s head, band, and space are in a great trajectory at present, no matter how semi-dazed & confused the captain may be from the excesses of rock & roll.

What struck me about this show is that Ace really did take a deep dive into his true ‘Origins’ by choosing to do the stuff I think he is most comfortable playing, perhaps enjoys most. It was basically a few key Frehley solo cuts, a couple covers off the newbie ‘Origins’, several non-Ace KISS tunes and then of course the core Frehley-penned KISS classics delivered with renewed zest & love. A set of KISStoric Ace ‘feel goods’. 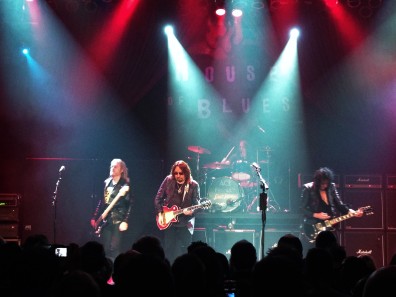 A Tip of the Chicago Firehouse hats to hometown boy Coogan for kicking ass on every level required to do Ace proud. I get the sense now several years in that Scot may be the band leader in a sense. If  he’s not, he’s certainly the a heart & soul Rock Soldier that the KISS Army  need thank for his considerable tour of duty. 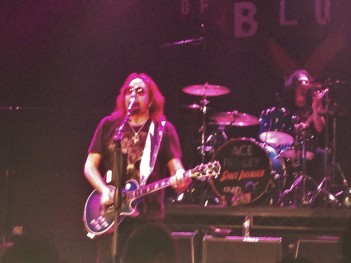 There were some fun moments during the show too. A couple of times we caught Ace watching co-guitarist Scarlet and being amused by the ‘Emperor of Rock’s’ mega antics stage left. For one thing, Scarlet has discovered a new move in which he whips his guitar with his scarf instead of picking it LOL.. During “Rock Soldiers”, Ace noticed ironically that his “old buddy Richie” was now rocking out stage right at the perfect time for Frehley to point at Scarlet when he sang the song’s lyric “and Satan on my right” laughing after he did so. Richie also took the liberty, while visiting the ‘windy city’, of dedicating “Bad Boys Are Comings” off Trouble Walkin’ to “Mr. Alfonso Capone”. 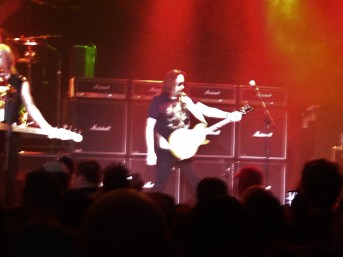 Early in the show, like four songs in, Ace wandered back to the kit between songs and was talking to drummer Scot Coogan when people starting yelling “ACE!! ACE!! ACE!!”. Eventually Frehley returned to the mic and said calmly “hey …I didn’t go anywhere?” 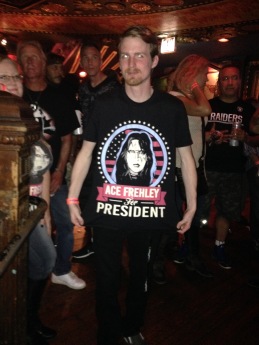 For the intro to “Shock Me” Ace inquired “Who do you thinks gonna win? ….Hillary or Trump?”  He paused for comic effect and then said ‘”Who Fucking Cares!!! … nothing would SHOCK ME!!!”

At one point Ace asked us, very subdued, “Is it loud enough? …. yeah? … why not make it louder?” He then brought us all on back home, back to ’74, when he shared a revelation of sorts before going in to “Parasite”. Oh what a cool moment it was when Ace informed us that he had written the song about “this girl that used to follow KISS around from city to city” and oh to meet that girl with the ‘Parasite Eyes’.

Ace is one of the few rock icon who has never changed his true stripes or sold out. Masked, unmasked, loaded, sober or otherwise, Frehley is a ‘National Treasure’. To me Ace is the American personification of Jimmy Page meets Keith Richards. When it comes to KISStory, you can never count Ace out, no matter what hand he’s holding. 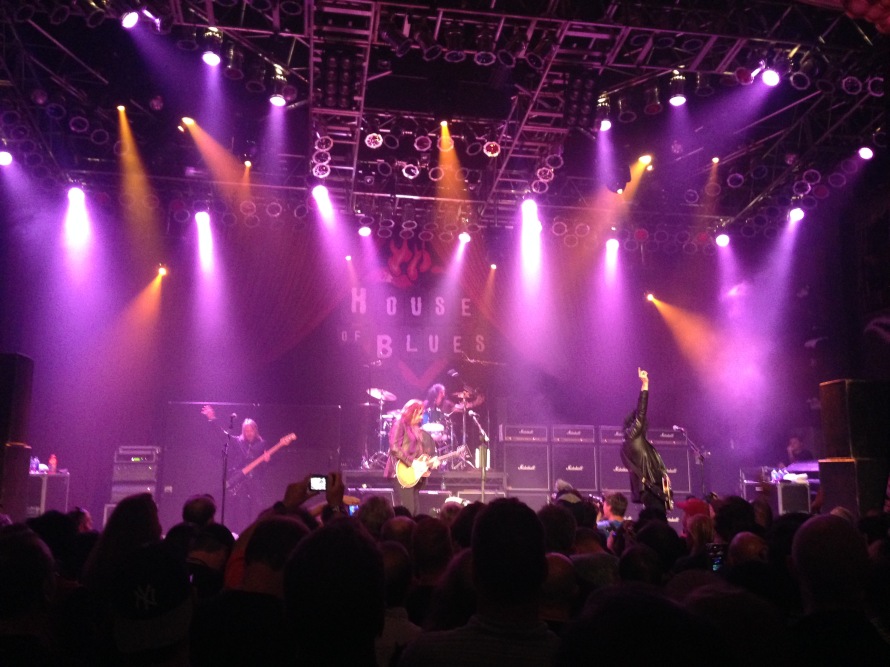