Great interview and surprisingly chummy given the timing: the fall of 2002. Whole lotta water under the bridge at this juncture if we believe the constant Stanley / Simmons refrain circa 2014. Sometimes I don’t know what to believe anymore. I would absolutely love to know how this came to pass: that Gene would ask Peter to kiss the ring or. …maybe Gene owed him money? or lost a bet? perhaps it was a ploy to patch things up in hopes of keeping Peter on a manageable leash in anticipation of the the bands big return to Australia to record the symphony thing in February of 2003.

I enjoyed the magazine but unfortunately Gene was a little late to the party. Who could have foreseen that soon the worldwide web would cripple print media, especially such hi-end glossy efforts as the ambitious Gene Simmons Tongue. To be clear, this is the Property of Gene Simmons. 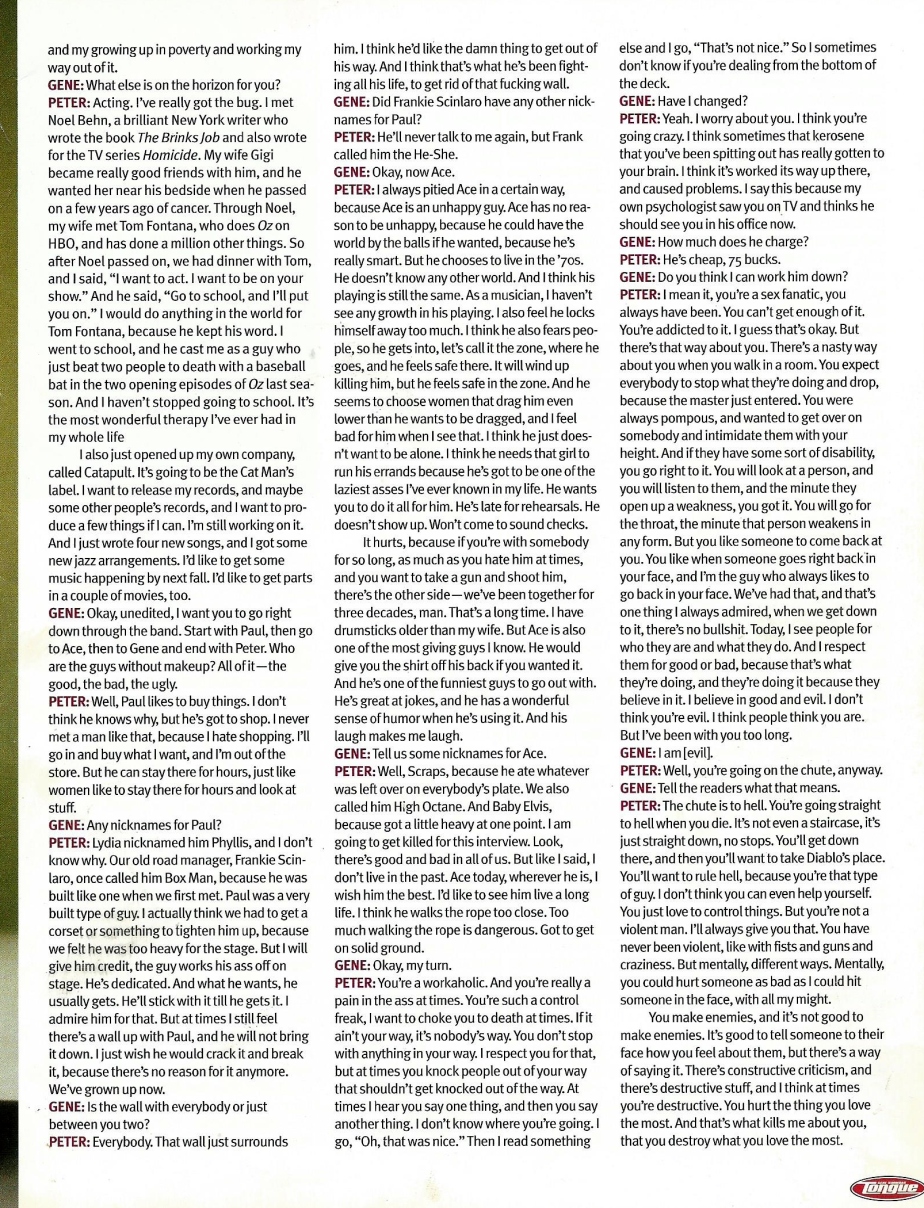